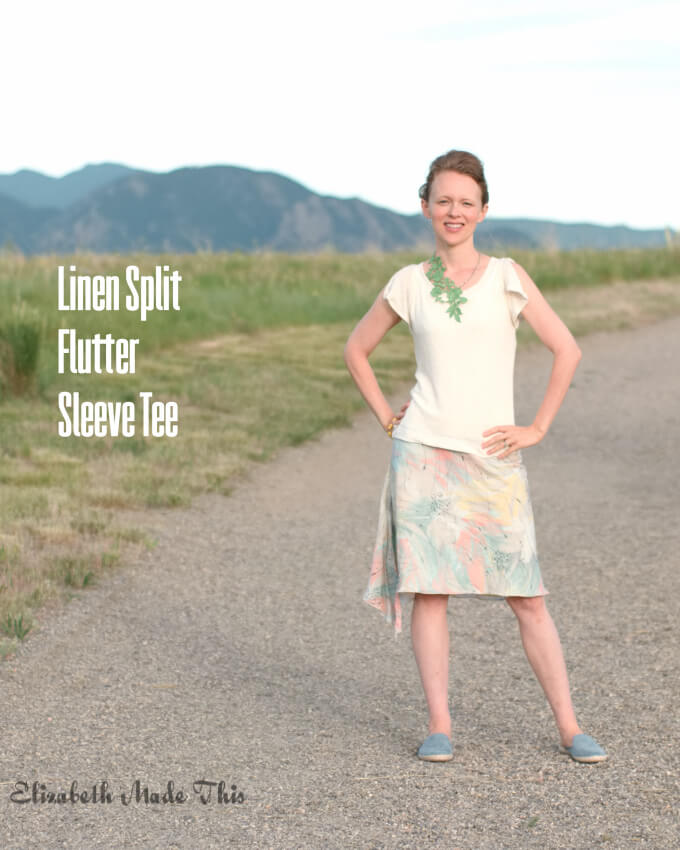 All of my t-shirts have been slowly wearing out, so at the moment, I have t-shirts on the brain.  You know what that means, right?  It’s time to dust off my Pinterest boards and get to hacking.  This linen split flutter sleeve tee started as a search for something to do with linen knit, and it’s become one of my favorite hacks I’ve ever done.  It’s a simple hack, but I think it’s really effective, plus it has a Romantic sort of style that’s airy and perfect for summer.

I’m so excited about this, that I decided to dive headlong into the notion of video tutorials.  I’m working on editing a video featuring a tutorial for this top.  Look for it here on Thursday!

I went searching for linen tees, and this J Crew one was one of the first that popped up.  I love the idea of a flutter sleeve.

The J Crew sleeve is constructed much differently than what I settled on, but I like the overall effect.  I chose to change up my sleeve like this Whistles’ top but with an added split in the sleeve.

My pattern of choice

I chose to start with Straight Stitch Design’s Greenwood Tank.  I like the shoulder width on this tank, and after I altered it to have the same armhole as my favorite Jalie 2921 tee, it’s become a favorite tank pattern.  Because it has the same armhole as the Jalie tee, I can freely pop in Jalie sleeves.  For this tee, I started with the cap sleeve from the Jalie 2921.  A few quick changes, and the cap became a flutter sleeve with a split. 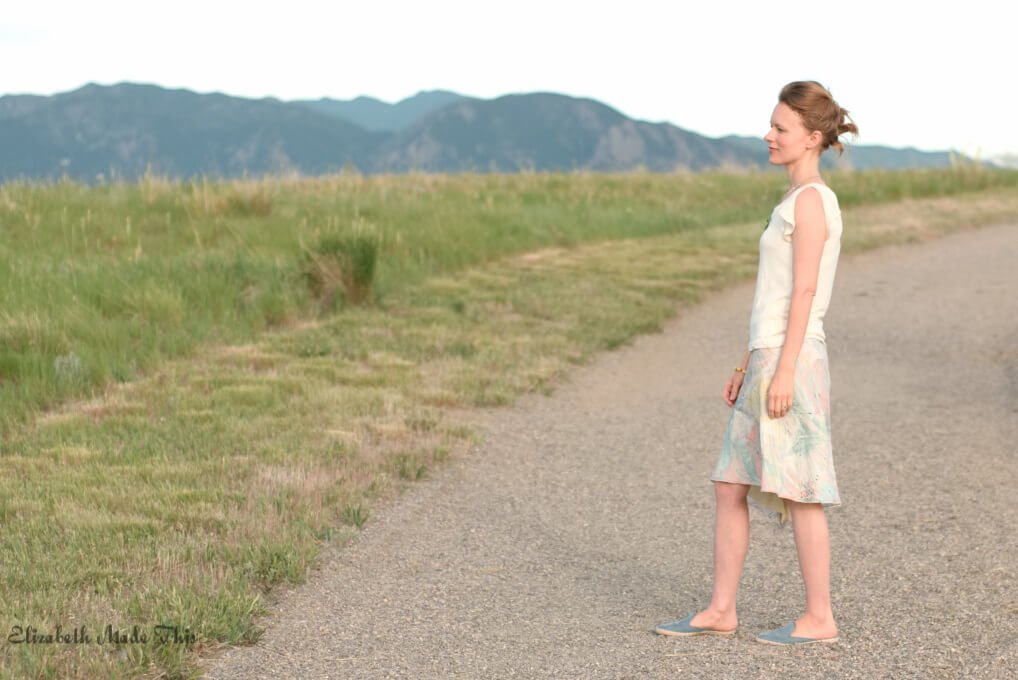 I have a couple of linen knits in my stash that I’ve been saving.  Linen is my #1 favorite summer fiber to work with, and when I started seeing linen knits pop up in RTW stores like Madewell and J Crew a few years back, I decided to try and find some of my own linen knits.  I’ve picked up mine from Fabric Mart and Cali Fabrics‘ San Francisco store, but I know I’ve seen them at Harts’ Fabric and Mood.

What’s lovely about linen knit is the breathability.  It’s so light, and I daresay that it’d still remain cool in the sweatiest of summer climes. 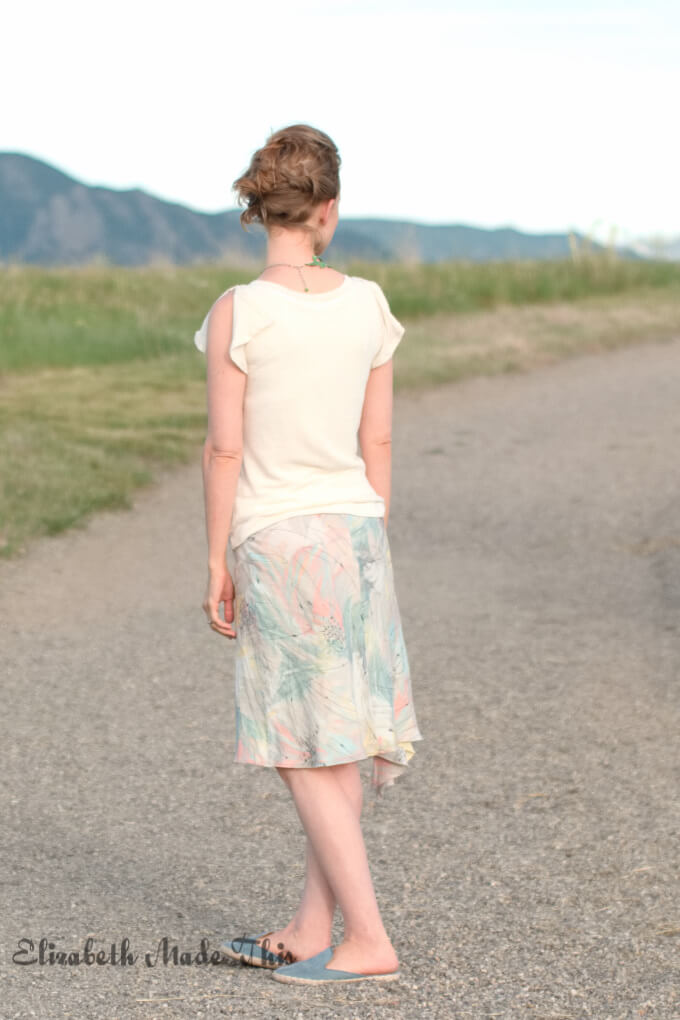 There are a couple of drawbacks to linen knit.

The lining that I added helped with both of these problems.  I can wear the tee without worry of showing too much, and the lining fabric (a very bouncy poly spandex with superhero recovery) helps support the linen. 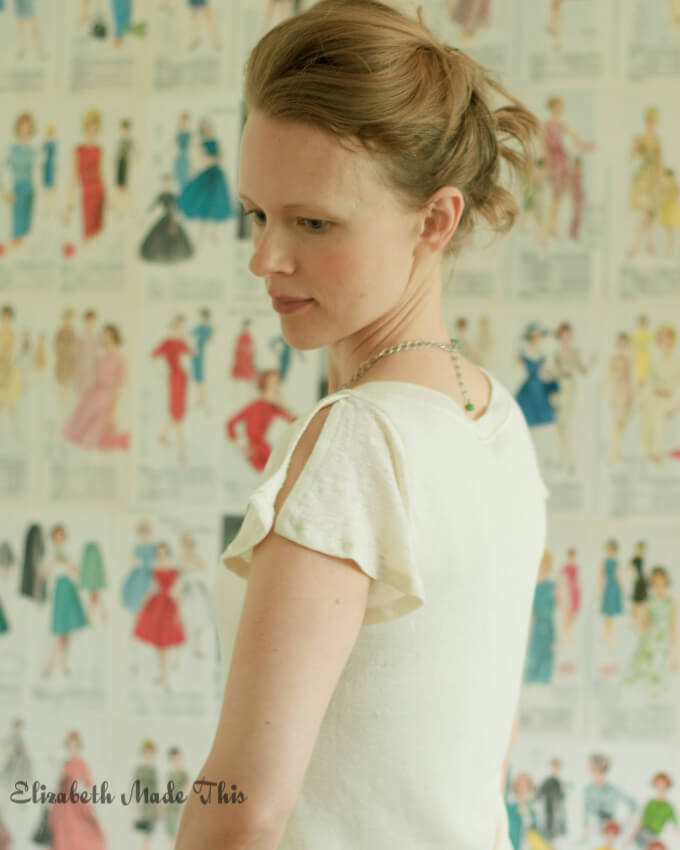 I opted for a simpler neckline finish than the Greenwood.  In the original pattern, the folded bindings are stitched on, then flipped over the stitch line and stitched down.  It makes for a really clean finish, but again, I wanted to avoid overworking the linen.

As it was, I had to baste the binding on 3 times because it was too long and kept stretching out more every time I touched it.

Once I got the correct length, I stitched the folded binding just once, serged the raw edge and then stitched it down below the neck seam.

Watch this space for the video tutorial on this top! 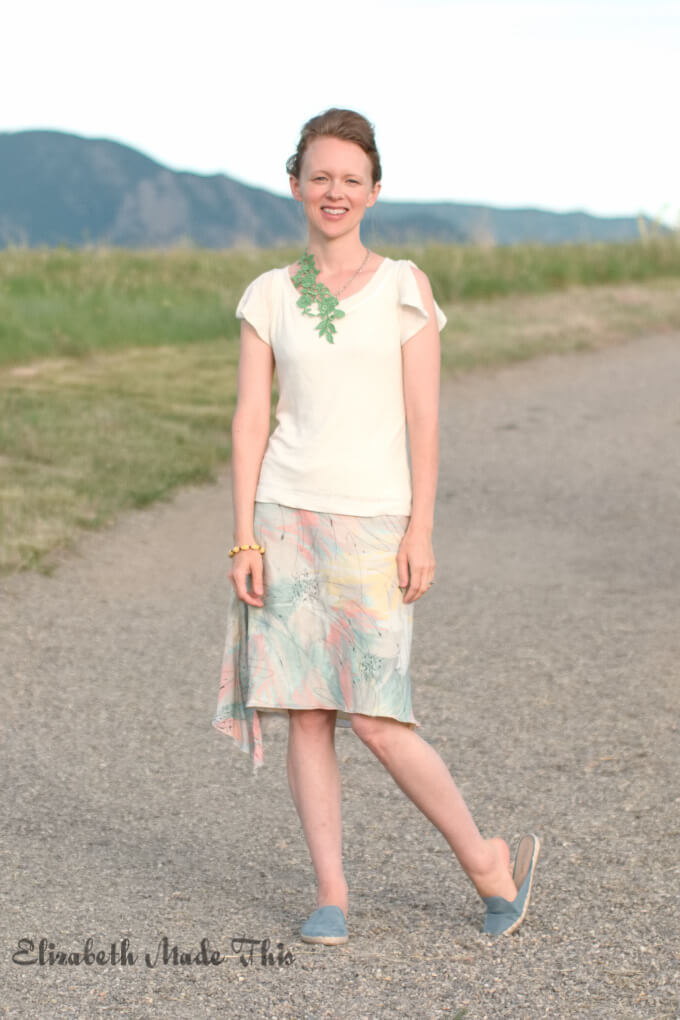 I went and done it.  I took my first plunge down the deep rabbit hole of Elizabeth Made This’ YouTube channel.  Producing took way longer than I expected it to, but my first official video is now up!  I hope you enjoy this split flutter sleeve tee pattern hack tutorial.

For the sharp ears, you can enjoy my kids’ laughter in the background!